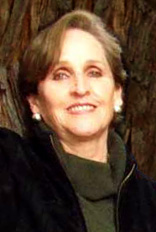 When less than one per cent of people own the land on which they farm, the community is set up for trouble. Usurers – those who lend money at extortionate rates – and corrupt politicians prey on people. Dreadful living conditions cannot improve, in part because of very limited access to education and healthcare. Community, itself, falls apart as people retreat into private misery.

Changing the dismal situation? How? The first step was a realization by the Daughters of Charity that the many different problems had become entrenched for the poor of San José in Occidental Mindoro, Philippines. The “band-aid” approach would bring no lasting change. The strategy: analyze local reality and develop data-based programs that reflect the reality.

In this case, the strategy translated into uniting a community so that it is able to speak with one loud voice and work together to transform living conditions.

This follows Vincent’s path. In Châtillon-les-Dombes he wrote many documents about translating the gospel into organized action. Consistently he asked his followers to aim for concrete results: effective change. 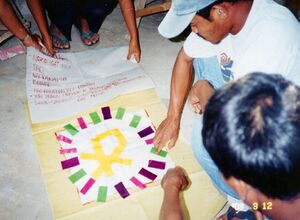 The Daughters of Charity call the building blocks Basic Ecclesial Communities (BCEs). In a place where parishes had withered because of the priest shortage, establishing a pastoral ministry program was the first step for BCEs. From learning about faith and prayer, the burgeoning communities developed church and social structures. In such structures, the community forms leaders and organizes and mobilizes itself.

Here’s the specific analysis the Daughters of Charity conducted to reach its conclusions about a good place to create the shifts needed for systemic change:

“The province has a literacy rate of 81.6%, but only 5.4% of the literate population reaches college and only 2.6% are degree holders. This is so because children of farm households help out in the farm as soon as they are able to work.

“The farming communities have no access to basic health opportunities. The combination of malnutrition, poor environmental sanitation, isolation as well as ignorance makes the people of the countryside very susceptible to the simplest sickness. This fragile health situation is further undermined by illegal logging without any regard to effects on people and ecology. 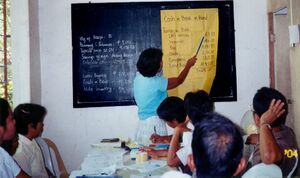 Information about banking at Mindoro

“Power, wealth and social connections remain in the hands of political dynasties and the landed elite. Predominantly rural (85% live in the countryside); the population also includes settlers from other provinces in search of a better life”…

What’s happening now in San José? Economic self-reliance. Cooperatives. Advocacy. Talking back to the government and non-governmental entities about injustice.