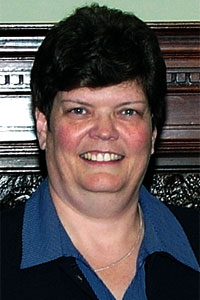 In order to respond to the different needs of the poor, it is necessary to foster different types of collaboration with organisations that have the same objectives – and sometimes we strive to befriend those who do not immediately share our values. Projects will have a greater impact if we collaborate with all those who work for the eradication of poverty, and obviously with other branches of the Vincentian Family, our natural network.

A shared vision must direct our efforts toward change, so that, together, we might formulate future possibilities. When we desire transformation, we need bold strategies to achieve bold objectives. When Vincent de Paul had a vision he drew in anyone who would help to alleviate the suffering of the poor. It is easy to see how his vision incited others to action. The Vincentian Family in Kharkiv (Ukraine) is a clear example of this.

In a recent report the Programmes Director for Depaul International wrote:

Depaul Kharkiv is a good example of multi agency collaboration from within the Vincentian Family and from outside the Family. This is true at all levels but especially at the service delivery end of the organisation. From staffing to volunteers, from the Daughters of Charity to the Vincentian Priests to the AIC we have set up a great example of collaboration within the wider family and with the Orioni Sisters within the wider church in Kharkiv.

Depaul International is the parent company of the Depaul Trust which was founded in the UK, spread to Ireland and more recently to Slovakia and now Kharkiv and Philadelphia, USA. In all cases the work is a collaboration of various members of the Vincentian Family working in partnership.

In 2006 Depaul Kharkiv was built initially on an existing day project for the many street children living in appalling circumstances on the streets - and under the streets - of the area. Many of the children are orphans and many of them are in difficulty with the criminal justice system. The ultimate aim was to explore options for accommodation that are open to the children, be it back home (if it is a safe option) or to go to one of the state institutions (such as one of the 8 orphanages or 2 hostels for children).

Unfortunately, the project was viewed with suspicion by the Authorities and it has suffered a number of set backs. Any country of the world would be justifiably concerned about services being offered to children – and Kharkiv has already had a former negative experience. What remains of the original project is the outreach service – a truly collaborative venture of the Vincentian Family. Fifty children are served each night, managed by Depaul with the Daughters providing medical care, the AIC cooking food and the CMs driving the van with a number of volunteers.

The Day Centre is now adapting in order to fit into the environment that it finds itself in. Through much discussion with the Authorities who control and govern services, the project has to take a different shape.

Although we don’t have the official agreement to open as a day centre yet, children still come almost every day and ask for showering, food or clothes. It is a pity that we don’t have this approval from the local government but we continue to talk to them about this possibility and in doing so we hope to develop a programme for the children’s rehabilitation. A group of children continue to live near the centre and frequently come to us during the day.

Meanwhile, Fr. Vitalij and his team have come up with an innovative way of befriending the Authorities and keeping the dreams of the Vincentian Family and the children alive.

Whilst being suspicious of the opening of a new project the Authorities, which include the Head of Children’s Services and the Head of Children’s Criminal Services in the area, are willing for the Vincentian Family to work in one of their own establishments where they can be ‘kept an eye on’. It involves Depaul staff operating day services, similar to the ones run at their original Day Centre, in identified space in one of the Orphanages and one of the hostels run by the Regional Authorities in Kharkiv.

When the staff go in they bring in a ‘goodie bag’ made up of food and toiletries among other things. They have now started to make contact with the other children in the centre and are becoming an important part of the services there.

The hope is that this strategy will build up good will with the Authorities, and more importantly provide a better service to the children. In this way Depaul are hopeful that they will be able to formally open the original day centre to the children again in the near future.

Our activity here has now been formalised as the Director of the Hostel and the local government signed an agreement for co-operation. Now our staff are visiting it twice a week and we have become part of this hostel’s weekly life. The Director invites me personally for all the events that take place there.

If this tentative collaboration is successful it is envisaged that training will be developed for the staff in the statutory institutions as well as Depaul’s staff, on principles and models of engaging with the children. This will assist the organisation to fulfill a role of personal change (children and Depaul staff) and systemic change (statutory staff).

This needs to be understood in the context of a country emerging from communism, where charities have not existed before. In this part of the world this is the first example of an NGO working with the local Authorities since the fall of the regime.

It is a promising sign that Mark McGreevy of Depaul International is now preparing for a visit of the four senior officials from Ukraine to London. This visit will be critical in showing them the credibility of the organisation through seeing projects in action, and meeting with key stakeholders who will affirm the role of NGO’s in delivering services in partnership with statutory authorities. As well as some of the Depaul projects the group will visit The Passage, working with homeless people in central London, and its local authority, Westminster City Council. The Passage is a clear example of a very wide collaborative approach. It acts as a hub of access to a range of services to many homeless people a day. It can only be successful in its mission to provide resources which encourage and inspire homeless people to transform their lives if it collaborates with all sectors of society.

Serving poverty in the first world is constantly blocked by policy and legislation and so The Passage openly takes government money and sits at the political table in order to have influence. It interfaces with the local public to educate and promote awareness, builds bridges between sectors and works in partnership with other voluntary agencies. In this way The Passage seeks to challenge and transform the immediate society in which it operates as well as the individual lives of people who are poor.

The Passage hopes, in a very small way, to help our bothers and sisters in Kharkiv, many miles away, to achieve that ‘shared vision with diverse stakeholders’ that this truly Vincentian strategy demands. Such is the power of the Vincentian Family when we work together in the true spirit of our founders.