Seeds of Change Chapter 11: Involve the Poor at All Stages

The twelfth in the Seeds of Change series: 20 strategies for systemic change described by members of the Vincentian Family’s Commission for Promoting Systemic Change. Norberto L. Carcellar, C. M. writes:

Systemic Change Strategy 11 : Involve the poor themselves, including the young and women, at all stages: identification of needs, planning, implementation, evaluation and revision. 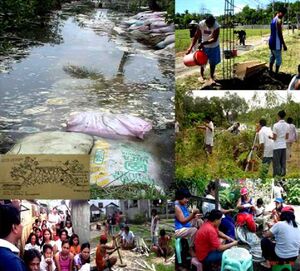 Stages of community-led upgrading: from community orientations, to technical training, surveys, and construction of their upgrading initiatives

The Homeless Peoples Federation Philippines, Inc. (HPFPI) shows this strategy at work. As dwellers in the slums of Iloilo City and Mandaue City became involved and harnassed their capacities, they improved their own communities. Indeed, without the participation of the poor, no systemic change can be achieved. The poor are the prime stakeholders in any project for change because they are the ones suffering and dealing with the risks of surviving poverty.

The poor are the first source of information, experience, and insight on coping with poverty. And when given the space to identify, analyze and plan, they empower themselves. Involving the poor -- especially youth, women, and vulnerable groups -- in all aspects of change initiatives is therefore crucial. 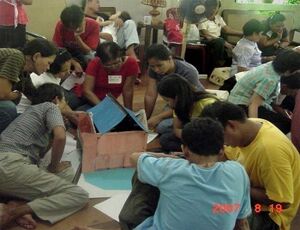 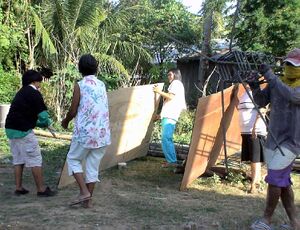 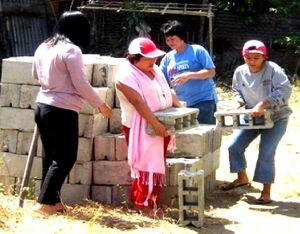 Thus prepared, the nine (9) slum dweller communities in both cities have capacitated themselves, built the confidence to recognize and mitigate the risks, and actually construct and manage their own slum upgrading.

Change agents must be willing to and actually take on the same risks with the poor. This demands a willingness on the part of the change agents to roll up their sleeves, immerse, swim and learn with the poor - away from their accustomed comfort zones. Such 360 degree interplay reflects the paradigm shift of development interventions from a mere product delivery mechanism into a dynamic process of consistently involving the poor and in change agents’ taking and sharing of the risks involved.