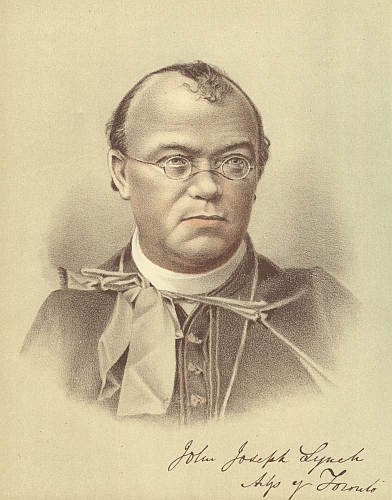 Joseph Lynch, C.M., was born at Clones, County Monaghan, Ireland, 6 Feb., 1816. As a Lazarist, he did missionary and professorial work in Ireland and the United States, being rector of a seminary which he founded at Niagara Falls, New York.

The College or Seminary of Our Lady of the Angels was founded in 1856 by Rev. John Joseph Lynch, who left it when called to become Bishop and Archbishop of Toronto. It became the Niagara University in 1883.

Becoming a Bishop and Remaining a Vincentian: The Struggles of Archbishop John Joseph Lynch, C.M.