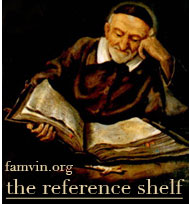 Index of Abelly: Book One: links to all chapters in Book One

One of the saints whose life history has most frequently been written is Vincent de Paul. There have been as many as 1,500 biographies of Vincent, by different authors, but the quality of writing has not always matched the quantity. Much of this literature was produced to celebrate special occasions and was directed at a reading public whose expectations differed widely. Strictly speaking, in the four hundred years since Vincent's birth, there have only been four major biographies of Vincent de Paul; that is to say, one for each century.

Louis Abelly, (1604-1691) was an old and a close friend of Vincent de Paul whom he had got to know about the year 1633 and with whom he had a close relationship until 1660. He was indebted to Vincent for various important steps in his ecclesiastical career; his nomination for the post of Vicar General in the diocese of Bayonne and as principal chaplain to the General Hospital in Paris. He was a prolific and widely read author. His "Sacerdos Christianus" and his "Medulla theologica" went through numerous editions in spite of Boileau who made a pun on the title of Abelly's best known work to satirise the author, describing him as "moelleux" or stodgy and viscous. When Vincent de Paul died, his priests wanted to publish a biography of their founder, and so they turned to this writer who was also a friend. They put at his disposal an impressive amount of documentation which ran to two or three large volumes and which had been compiled by Brother Bertrand Ducourneau who had been secretary to the dead man. This was supplemented by papers collected by other missionaries including Fr. Fournier and Brother Robineau. These were in addition to material gathered by Abelly himself who visited Vincent's birthplace; to papers sent by canon Saint Martin, an old friend of Vincent who lived in the same locality, and finally, Vincent's original correspondence. There were far more of Vincent's letters than we have today. Abelly constructed his magnum opus from all this material which was classified by one of the priests of the Mission. 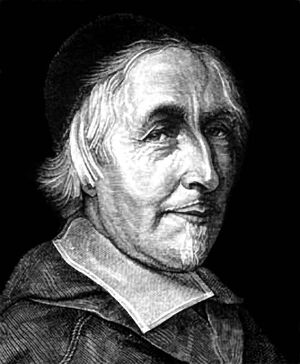 This is a very edifying biography with decidedly hagiographical overtones but it was radically and punctiliously accurate. Errors discovered later are due to lacunae or to mistakes in documentation; they were never deliberate. In spite of its sentimental style, the book continues to be one of the primary sources of information about Vincent, especially as many of the documents handled by Abelly have now been lost and we are left with just the transcriptions that he made. Perhaps the main defect of the work is that there is no sense of biographical development. Vincent de Paul is always the same, from the cradle to the grave.

his information can be taken as reliable because it provides first hand witness to most of the events related. His early readers who had known Vincent during his life, criticised the book for being long-winded, repetitive and cloying but never for being misleading. The only person bold enough to question its veracity was somebody who had no connection with the family, Martin de Barcos, and he took issue with only one point, viz Vincent de Paul's relationship with Saint Cyran, the uncle of Barcos, and with the Jansenist movement. Abelly refuted this accusation and proved that all his documentation was taken from the archives of the Congregation of the Mission and not from the Jesuits as Barcos claimed.