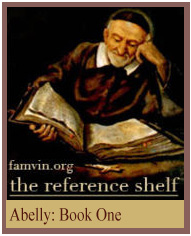 A General Confession Made by a Peasant Occasions Monsieur Vincent's First Mission, and This in Turn Leads to Others

Madame de Gondi felt joy and indescribable consolation in having Monsieur Vincent in her house. She regarded him as a second guardian angel who each day drew down new graces upon her family by his zeal and prudent conduct. Her ambition was to advance unceasingly along the way of perfection, and he in turn as a wise director helped her by all means at his disposal to fulfill this earnest wish. These two souls animated by the same Gospel spirit, devoted themselves to various charitable works. The virtuous woman gave generous alms, particularly to the poor peasants on her own lands. She visited the sick and served them with her own hands. She had a particular concern that her officials exercise justice correctly and carefully, and to ensure this, she was careful to make good appointments to this position. Not content with this, she strove to settle lawsuits among her subjects, appease quarrels, and above all saw to the protection of widows and orphans, making sure they were neither oppressed nor treated unjustly. She used all her energy to see to it that God was served and honored in every place she had any influence. In all this she was seconded by her husband's piety, and aided by Monsieur Vincent's presence and advice. In turn, he too was not remiss in exercising his charity and zeal on these occasions. He visited and consoled the sick, instructed and exhorted the people by public preaching and by private interviews, and used every device possible to win souls to God.

Around 1616 he went to Picardy with Madame, who owned some land in the region. They stopped at the chateau at Folleville in the diocese of Amiens, which he used as a base for works of mercy, as was his custom. <Ftn: The chateau of Folleville is presently in ruins. The church, which still exists, contains the pulpit from which Vincent preached his famous sermon.> One day he was asked to go to the village of Gannes, about two leagues away, to hear the confession of a dying peasant who had requested the last sacraments. He was a good man and had an excellent reputation. Monsieur Vincent, however, thought that it might be well to have him make a general confession as a greater security towards the salvation of his soul. From later events it appears that God directly inspired this thought to show his mercy to this poor soul.

God wished to use his faithful minister to withdraw this man from the precipice. Despite his reputation his conscience was burdened with several mortal sins he was too ashamed to confess. As he himself later publicly stated, he had never mentioned them in confession. When in her charity Madame came to visit him on his sickbed he said: "Madame, were it not for this general confession I would have been damned. I was guilty of several grave sins which I had never dared reveal." <Ftn: CED XI:2. See also XI:169-72, XII:7-9.>

These words showed the true contrition that moved the sick man and the sentiments he carried to the end. Death came three days later at age sixty, and he owed his salvation after God to Monsieur Vincent. This is how he spoke of these events to members of his Congregation at Paris:

Shame prevents some of the good country people from confessing their sins to their pastors, but this leaves them in serious danger. Some time ago one of the most renowned persons of our day was asked if these people could be saved, should shame prevent them from confessing their serious sins. He replied that if they were to die in that state they would surely be lost. Alas, my God, (I said to myself) how many may be damned? How important the general confession is, if it is accompanied with true contrition, as it usually is. This man admitted he would have been damned, because he was truly moved by a spirit of repentance. When this takes possession of a man he conceives such a horror of sin that not only does he confess to a priest but to the whole world, if that will assure his salvation. I have seen people who after their general confession wanted to proclaim their sins before everyone, and I've had difficulty restraining them. Despite my refusal to allow them to do this, they say to me, "No, Monsieur, I will tell them to everyone. I am good for nothing, I deserve death."

You can see in that, if you please, the power of grace and the strength of sorrow. I've known several in this state, for it is frequent enough. Yes, when God enters the heart he makes the person realize the enormity of the offenses he has committed, and he is willing to announce this to anyone who will listen. Touched by a spirit of compunction he has no hesitation in saying aloud: "I am an evil man, because on this or that occasion I did such-and-such. I ask pardon of God, of the pastor and all the parish." We notice some of the greatest of the saints have acted in the same way. Saint Augustine in his Confessions revealed his sins to the whole world. Saint Paul declared and published in his epistles that he had blasphemed and persecuted the Church, to show forth more abundantly God's mercy towards him. This is the effect of grace when it fills the heart. It replaces every other sentiment.

God's grace working in the soul of this peasant, in the presence of Madame de Gondi whose vassal he was, made him admit publicly his sacrilegious confession and the great sins of his past life. This struck this virtuous lady with astonishment. She said to Monsieur Vincent:

Alas, Monsieur, what is this? What have we just heard? This is the way it must be with most of the people. Alas, if this man with his good reputation was really living in danger of damnation, what must we think of others who live less righteously? Alas, Monsieur Vincent, how many souls are lost! What shall we do about this?

It was January 1617, when all this happened, on the [[[Feast of the Conversion of Saint Paul]], the twenty-fifth of the month. This lady asked me to preach in the church of Folleville to persuade the local people to make a general confession. I did this, pointing out the importance and usefulness of this practice. I showed them how to do so worthily. God had such regard for the confidence and faith of this good lady (for the great number and enormity of my sins stood in the way of my effecting any fruit) that he blessed this sermon. All those present were moved by God, and came to make their general confession. I continued my instruction, disposing them to receive the sacrament well, and then began to hear their confessions. Even with the help of another priest who was with me, however, the press of those waiting to receive the sacrament was too great. Madame sent to request the Jesuit Fathers of Amiens to come help us. She wrote to the rector, who came himself, but not having enough time available he sent another Jesuit, Father Fourche, to help us in hearing confessions, preaching and catechizing. By the grace of God, these occupations kept us busy.

We next went to other villages in the vicinity which also belonged to Madame, to do the same as we had done in the first. We had large crowds, and God gave us his full blessing. This is how the first mission was accomplished. That it took place on the feast of the Conversion of Saint Paul was due solely to God's design. <Ftn: CED XI:3-5.>

This mission in Folleville was the first given by Monsieur Vincent and has always been considered as the seed for all the others to follow. Every year, on the twenty-fifth of January, he and his Congregation thanked God for all the graces given in his infinite bounty to this first preaching. He always wanted this feast of the Conversion of Saint Paul to be regarded as the founding date of the Congregation of the Mission, although it was to be eight more years before this first seed grew and multiplied. He never thought that this tiny mustard plant would serve as the basis for the establishment of a new Congregation in the Church, as later came about. This is why the missionaries of the Congregation celebrate the feast of the Conversion of the Apostle, in memory of the way this new Paul, their father and founder, happily completed on this day his first mission. <Ftn: The saint himself established this celebration. CED XI:169-172; XII:7-8.> This first one was to be followed by so many others, lead to the conversion of such a large number of souls, and contribute so strikingly to the growth of the kingdom of Jesus Christ.

Madame de Gondi recognized clearly by the success of this first mission the necessity of general confession, particularly among country people. She saw how the mission could help bring about this among the people. She conceived the idea of giving a foundation of sixteen thousand livres to any community willing to undertake the giving of a mission every five years in all her territories. She charged Monsieur Vincent with carrying out this project. He appealed first to Father [Etienne] Charlet, provincial of the Jesuits, who showed the need to consult Rome before accepting. The answer was unfavorable. The Fathers of the Oratory received the offer, but they too refused. Lastly, not knowing where to turn, she wrote her will, which she reviewed yearly. In it she gave the sixteen thousand livres to set up this project. it would be arranged in the time and place judged appropriate by Monsieur Vincent, or to use the language he himself used, it was "put at the disposition of this wretched man."